May 31, 2020
"Either you learn from your own mistakes or by the mistakes of other"

My cousin and I ate five Cholle-Bhature each filled with oil, butter, and fat from an in-famous shop in Lajpat Nagar, New Delhi. With-in an hour, my cousin felt very uncomfortable and uneasy. He started to sweat and breath heavily. My cousin's weight was 113 kgs on that day and mine was 99; today we weigh 84 kgs and 75 kgs respectively.

I always had been overweight, right from my childhood. I was the heaviest guy in my school batch. My friends would call me Pumpkin or Santa. I never got offended when someone used to make fun of me as I had accepted the fact, 'I am Fat and that's how I will live'.

Almost, everyone in my family is overweight. I had always thought that I am inborn obese. But now, I have realized "The reason behind my Obesity was my own eating habits and not food". 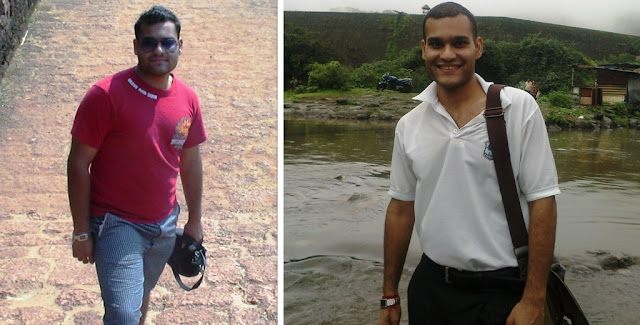 My Motivation to reduce Weight...

I saw the condition of my cousin the whole day after eating five cholle-bhature, he was not able to breathe or take any medicine. That was an eye-opener for me. I got scared realizing what big a mistake I am doing by following this eating habit. I was actually abusing my body by eating so much food. It was not the food but my eating style.

1. First, I controlled my mind to reduce the quantity of food.
2. Followed by jogging and running for 90 minutes every day.


When I topped my college from being a last ranker

I determined myself, what so ever the circumstance is, I won't break the habit of jogging.
From summer came winter, within 6 months, I lost 12 kilos. My waistline shrunk from 42 to 36 inches. But the real test begins after I had lost the initial 12 kilos.

There is a saying "it's easy to lose the first few kilos, but the actual test of spirit is after that".

It is so true, as I could not go below 87 kgs, how much jogging or diet control I did. 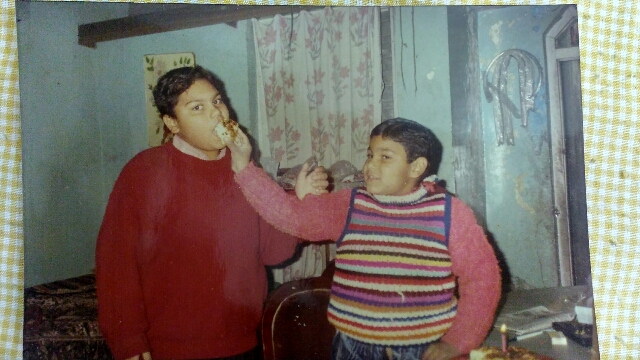 I stopped eating at night. I started skipping dinner. I would not eat anything after 6 in the evening until the next morning, sometimes till afternoon. I continued with this routine for 3 months. It was very difficult at starting but I kept my determination high. Sometimes I could not sleep because of hunger but never surrendered.
Within the next 3 months, I lost another 12 kilos. This time I became a superstar in my family.

Fitness is not a destination but a journey

So what was I actually doing?

Let me just brief you guys what Intermittent Fasting is?

1. It is a pattern of eating in which we do not eat anything for a few hours and then eat for the remaining time.
2. I was following a 16-8 pattern.
3. This means I can only eat for 8 hours in a day and fast for the remaining 16 hours.
4. During my fasting period, that is for 16 hours, I can drink only Black Coffee or Hot water.
5. For 8 hours, I used to eat almost everything but in moderate quantity.
6. I continued with Intermittent Fasting for 3 months and my target was to reduce one kilo in one week. 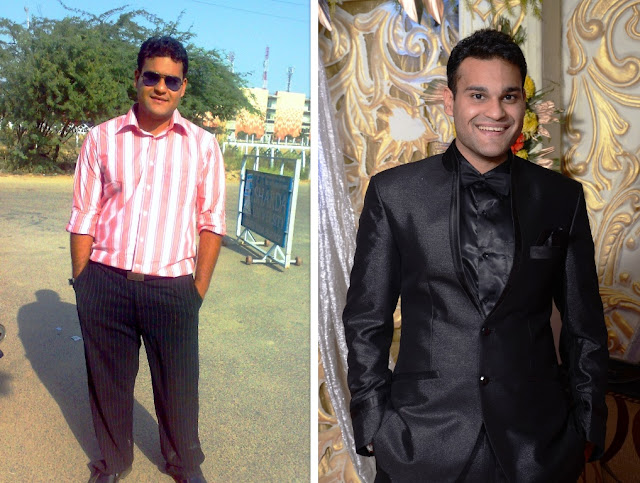 Me in 2010 and 2014 respectively; before and after my weight loss and with a better fashion sense also

Initially, it took time for my body to adapt to this eating habit. It was a challenge for the first 15 days. I tried controlling my mind not to think about food. I did watch Intermittent Fasting and Weight loss videos regularly to keep me going.

When the results started showing on the weight scale, my spirit lifted and I gained confidence in Intermittent Fasting.

Note: I will limit this blog post to my experience and won't go into the science of this eating pattern.

Earlier, I did not tell anyone how am I reducing weight. In our society, we need to eat 3 proper meals every day, and if not eaten then there is something wrong with us. Even my parents did not allow me to skip food.
For the said reason, I started Intermittent Fasting when I went to the hostel for my Post Graduation in 2011.

In my hostel, the meals were served until 8 in the evening only. If I skipped my dinner; before morning I won't get anything to eat. This was like, I am forcing my body to fast if I did not go for dinner. 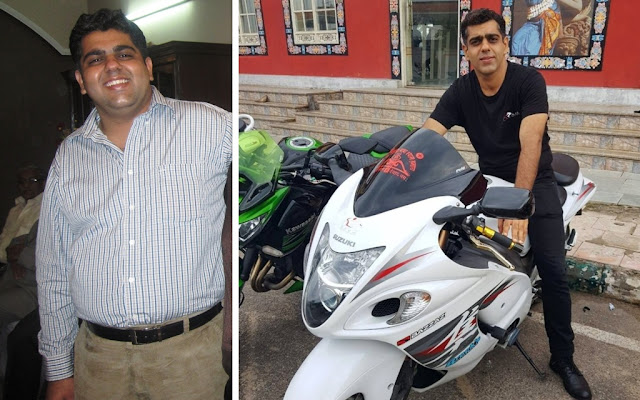 My cousin, from 113 to 85 kgs. Even Greater Motivation Story than mine
(Fact: He's the same cousin who ate five Cholle-Bhature that day and it's his own Hayabusa)

Also, I inspired one of my cousins to reduce weight and he eventually lost 29 kilos. I was able to set an example for one person at least. I will keep his story for some other day.
It's been 9 years since I lost 24 kilos. In all this time I can tell you guys, it's easy to lose any amount of weight but tougher to maintain it. You have to keep programming your mind to achieve that target. I still love food but don't overeat. I still feel luscious, looking at Cholle-Bhatore, but don't eat five of them. I still practice Intermittent Fasting at times to keep a check on my weighing scale. I got a pure boost of Self-confidence and suggest everyone reading this blog post, it's never too late to think about your health and practice an improved lifestyle.

"A healthy body leads to a healthy mind"

Click here to read PART 1 of 'My Japan Trip'

Popular posts from this blog

July 04, 2020
Got only 24 or 48 hours? Here is the list of Top Places to visit in Cape Town. A City on the western part of South Africa and on the coast of the Atlantic Ocean. I visited Cape Town just after 4 days of my official trip to Durban. Tourist Attraction in Durban Cape Town Aerial View; Image by Sharon Ang from Pixabay When I came to know that, I am going to Cape Town in September 2014, I was filled with joy. I wasted no time in Cape Town to explore the city, squeezing maximum travel into the minimum available time. The very first thing that surprised me was the weather. If it was hot and humid in Durban, Cape Town was much windy and cold, maybe because of the Atlantic ocean. Is South Africa Safe for you to travel? I found Cape Town also better maintained, compared to Durban and Richard's Bay. After two days of exploring Cape Town, I realized it has so much more to offer for a tourist. Enjoying my meal at John Dory's Restaurant with Aditya
Post a Comment
Read more

May 22, 2020
Since this is the first blog of 'My Travel Series', I want you guys to know that I have been to 5 continents at the age of 31. I simply have forgotten the counts of countries I have put my foot on. I had never thought of travelling so much after passing out from college, but my job demanded that; to explore the untouched seas. Motivation Story, How I topped my college from the last ranker Travelling started with my profession; with time it became a hobby & now it is my passion. After travelling extensively for the last 8 years, I have decided to start a blog of my own, a topic on which the internet is already flooded with. My first selfie outside India, Singapore January 2012 Why I decided to start writing after travelling since January 2012? I believe I have gained enough experience, knowledge & skill in travelling. I have managed to plan travel for my Holidays & Professional Trips, on my own. This blog is a way to share my lookou
Post a Comment
Read more

Rohit Mehra
Hi Guys, I am an Engineer by Profession & a Traveller by heart. I repair machines to earn bread/butter & during my off time, I travel to all parts of the world. On my Blog, you will find My travel experiences & Travel tips along with the motivational moments of my life. Come, be a part of my ship & sail with me. Cheers..!!

NO TRAVEL NO FOOD BLOGS